skip to main | skip to sidebar

My counseling class and the "tasks of mourning" 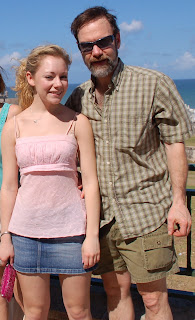 I had been enrolled in a counseling class as part of my Master's Program at Villanova and was to start a class in August of 2009. I had mixed feelings about attending and came close to dropping the class and taking the semester off but decided at the last moment to go ahead and take it one day at a time. The first class was very difficult-many of the students in the class knew of my loss and expressed their condolences. I was close to tears for much of the class. What would Casey want me to do I kept asking myself? She would want me to be in the class and keep on with my plan to get a degree in counseling so I stayed. I wanted to do a project on grief and recall the other students questioned why I would want to do a project on grieving and loss so soon after Casey's death. One actually said "Are you crazy?" With three other students we decided to look at the grief process for parents who have been told that their children have terminal diseases. The grief that is experienced prior to death is called "anticipatory grief." I knew that I needed to explore my own grief and thought I would be able to do so with the help of my fellow students. Much has been written about the so-called stages of grief first set forth by Elisabeth Kubler-Ross in her classic book On Death and Dying. These stages are denial,anger,bargaining,depression and acceptance. Others in the field have referred to "phases" of mourning. There was something that was a little unsettling for me as I read about these stages, or phases. I knew that any given day I would have "symptoms" of one or more stages or phases and , quite frankly, did not like to think of myself as being "in " anything. I like to be in control and I was not in control if I was stuck in some stage of grieving. My sense of control and perceived ability to control what was happening in my life was shattered by Casey's death. As I did more and more research for the project I found an article by J. William Worden, a psychologist with a great deal of grief counseling experience, who has written extensively on the subject that resonated with me. He preferred to speak of "tasks" of mourning as opposed to "stages" or "phases" of mourning since the latter implied a degree of passivity. On the other hand tasks are something we can reach out and do to accomplish our grief work.

Worden's Tasks of Mourning are as follows :

1. Accept the reality of the loss
2. Process the pain of grief
3. Adjust to a world without the deceased
4. Find an enduring connection with the deceased in the midst of embarking on a new life.

I suspect that with me jumping head first into the charitable work with the Casey Feldman Memorial Foundation we established, all the scholarships and even this blog I am doing a lot of work on Task four and will need to go back to the other earlier tasks-but this is comfortable for me and has been working . I am a task oriented person-from my practice of law , to involvement with outside charitable organizations and even around the house-I like lists and I am restless when not working on something. I have had difficulty looking at too many pictures of Casey or when I think of the future and what she has lost and what I will lose as a result of her death. It is hard for me to adjust to a world without Casey and when the emotions get too close to the surface I tend to change my focus -avoiding processing the pain of grief?
Posted by recovering from a tragic loss at 8:26 AM No comments:

Casey Will Not Be Forgotten 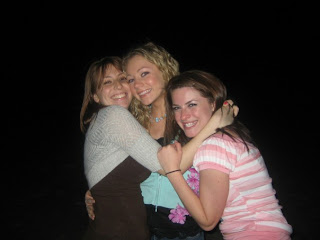 In the days after Casey died and leading up to her funeral I started to realize what a positive impact she had on so many people. Some of her colleagues at the Fordham Observer wrote me and told how Casey had influenced them. One told me how Casey had shown her that everyone has a story and if you just take the time to listen you will hear that story and can communicate that you value what the other has to say. Another told me that Casey was dogged in her reporting, fearless when it came to getting the story, but also honest and fair. Another admired how Casey was able to work so hard but also have a good time. Another that Casey took the extra effort to welcome others and try to make them feel comfortable. Many of these "Casey stories" were told at the funeral. Following the funeral there were more and more letters and e-mails which touched me profoundly and gave me hope that Casey would be remembered and that many people would carry a little bit of Casey with them. One of the associates at my law firm , after attending the funeral, wrote the following:

I feel compelled to write to you and your family as I was never so touched by anything like I was yesterday. While I did not know Casey personally, and felt like an intruder at first at the service, I left with an overwhelming feeling of her spirit and love and I now believe that one person can make a difference toward making a kinder more gentle world. The words from you, your family and Casey’s friends were beautiful and made me feel like I should work toward becoming the best that I can be, as it was clear that Casey did herself.

I pray that her wonderful spirit and the celebration of her life, and how it has touched even the remote of persons, can assist your family in this difficult time. My best to you all …

Another dear friend recalled how Casey, then age 10 or 11 had comforted her 5 year old son at our firm's Bring Your Child To Work Day and stated that she had not been aware of Casey's accomplishments in her short life but wondered whether many of the older folks in attendance at the funeral had done as much for others as Casey. She felt that Casey had "lived big, enjoying life fully, but also given big to others." She questioned what she was waiting for and said that she believed that not a day would go by where she would not think of Casey and, as a result, would try to do better in her life.

I recall feeling that it was so unfair to Casey and to all that loved her that she had been taken from us at such a young age. I had always looked into the future and thought about Casey , and my son Brett, growing up and how lucky I was to have them and was looking forward to a changing relationship with them. Casey was gone and what would would be left? All the cards and kind words kept saying memories-that's what you will have -wonderful memories-but it really was not much solace for me then. I wanted Casey to be alive for Casey and for me and she was dead. Slowly it came to me that through Casey's influence on others, her love for others and their love for her, Casey would live on. She would not be forgotten-my biggest fear. Every time someone told me how Casey had influenced and changed them for the better, or every "because of Casey I will..." gave me the hope that she would live on.
Posted by recovering from a tragic loss at 7:54 AM No comments:

Labels: because of Casey, funeral

Message to my co-workers 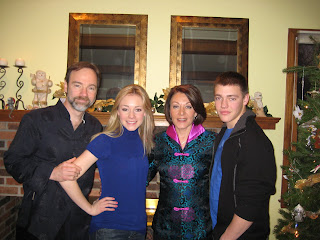 Several weeks after Casey died I was considering trying to return to work at my law firm and wanted to let everyone there know just how much I appreciated the support that I had received. I was at times overwhelmed by my loss and at other times able to think that perhaps life could resume and we could all go on. I had represented many people who had lost loved ones and was beginning to get a sense of what my clients, those family members , had actually experienced following their loss. I began to realize that not only would I be changed as a person but also as an attorney representing families who had suffered tragic losses. I sent an e-mail to the firm which contained the following:

With what we do we encounter death and tragedy on a daily basis. We have achieved great results for families mourning the loss of a loved one or suffering from the effects of a devastating injury. While I may have said over the years to a family member that I understood what they were going through I clearly did not and doubt anyone could who has not actually lived any one of a number of nightmare scenarios themselves. I will be a better more compassionate person and lawyer as a result of what has happened.

Di , Brett and I will miss Casey very much as I know many of you will too. We are beginning to see that from tragedy there can be growth and an opportunity for fuller, more rewarding lives and relationships-- that is a direct result of the love and support we have received as we have learned more about our wonderful daughter and sister and how she so positively affected the lives of others. We will be closer as a family and will have a greater appreciation for what is important in our lives and the lives of others . Yesterday at the funeral I said that Casey would want us to work hard and achieve but to also take time to be kind and compassionate.

Posted by recovering from a tragic loss at 12:51 PM No comments:

The first of many acts of kindness 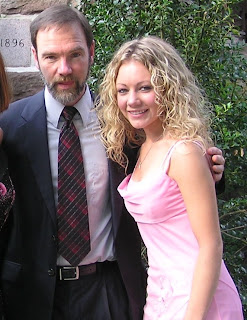 I found out that my twenty-one year old daughter died at about 9:30 pm on July 17 th 2009-the doctors had given my wife and I periodic updates during surgery and then came out and looked at us with expressions that conveyed as much as any words could. They simply said “Casey did not survive surgery.”

After getting the call at about 5:00p.m. that Casey had been hit as a pedestrian and was being transported to Atlantic City Medial Center I was rushed to the hospital by an off-duty New Jersey state policeman who, after hearing that I planned to make the approximate one hour drive to the hospital alone, took my keys and told me to get in his car and that he would not allow me to drive. I had never met him until that moment. Driving through rush hour traffic my mind started to wander to the “what-ifs” that I had on occasion imagined with respect to the health of my wife or children. “What if Casey was crippled, brain inured or dead?”. The state policeman talked calmly to me telling me that we could not know anything until we got there and that we would just have to wait and see. After arriving he waited several hours with me and my family and was with us when we were told that Casey had died. The police officer’s kindness would be the first of many , many acts of kindness from that day to the present.

Posted by recovering from a tragic loss at 12:41 PM No comments: